*This article was written by our friend and Ireland-enthusiast Christin. She fell in love with Ireland after spending a year studying abroad there and wrote this article for us with some wise tips about going to Ireland yourself. Thanks, Christin! If you have any questions for Christin or about the article, leave them in the comments area below. Or contact Christin directly on her Instagram: @aelskar_mat 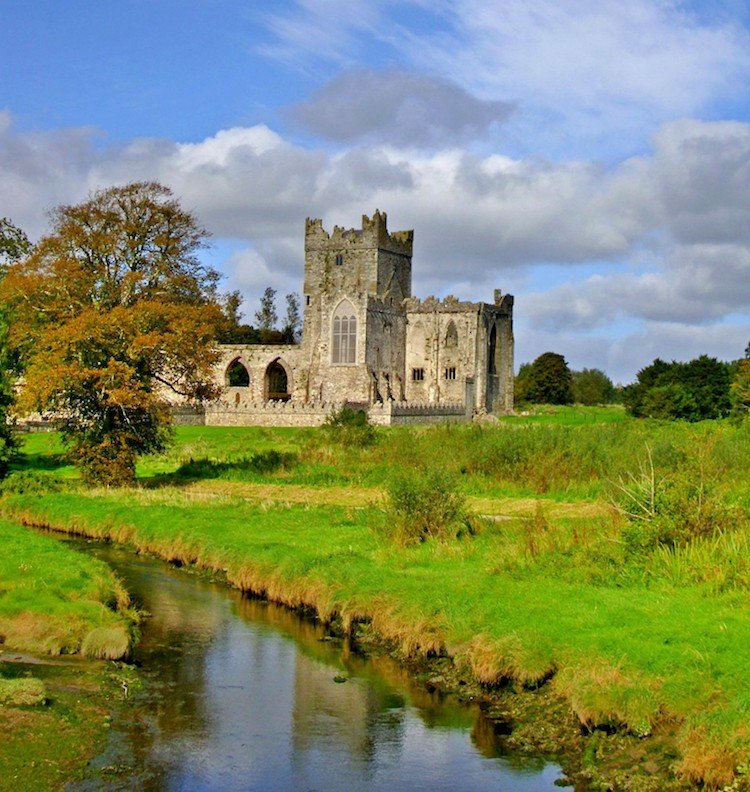 It seems that everyone who visits Ireland falls madly in love with the country – and who can blame them?

Between the vibrant green of the landscape, the genuine friendliness of the people, and the thousands of years of history, it’s hard not to walk away with dreams of your next visit already in mind – or even moving or backpacking in Ireland.

But yet…. there are a few things you need to know before you visit. And since there’s already plenty of articles with Ireland “MUST-DOs,” I decided to tackle the opposite side of visiting Ireland with some “DONT’s.”

Unfortunately, I found out a lot of these things the hard way when I spent a year as studying abroad in County Wexford in southwestern Ireland, so hopefully, it’ll help you to read about them before your trip?

Oh, and if you are actually visiting Ireland, here is an article with some towns in Ireland you have to visit!

On that note, let’s get started!

In the morning, you wake up in your B&B or little cottage, pull the curtains aside and smile towards the strong shining sun. Ireland is one of most beautiful places in the world when the sun is shining and all the shades of green sparkle in a fresh and juicy tone. As the fairytale land awakens, you might find yourself thinking “what a lovely day! Looks like all I’ll need is a t-shirt and light jacket.”

And here the trouble begins: as soon as you step outside, the clouds will appear and rain will lash down (even if just for a couple of minutes). You’ll be angry at the weather forecast which predicted (and in Ireland, it’s just that, a prediction, a rough estimation) that it’d be sunny all day…. a prediction which matched your own observation of the sky when you first woke up.

To save yourself the trouble of going back inside to change, just take some light protection against rain and wind, even if you don’t think you will need it. When it comes to Irish weather, it’s always better to be safe than sorry. You might even experience the weirdest Irish weather of all: when it rains in one spot, yet things are dry just a few meters away.

Compared to my home of Berlin, Germany, the Irish rain didn’t seem to be more in terms of how often it came and intensity. It was just way more unpredictable than any other European country I’ve been in!

The weather in Ireland really can change completely in just 15 minutes. So think about it when you are out exploring some of Ireland’s famous landmarks. And don’t underestimate the wind, either. Ireland can be windy enough to change the temperature drastically, taking the 17 degrees C (62 degrees F) of a normal summer day and making it just 12 degrees C (53 degrees F)! 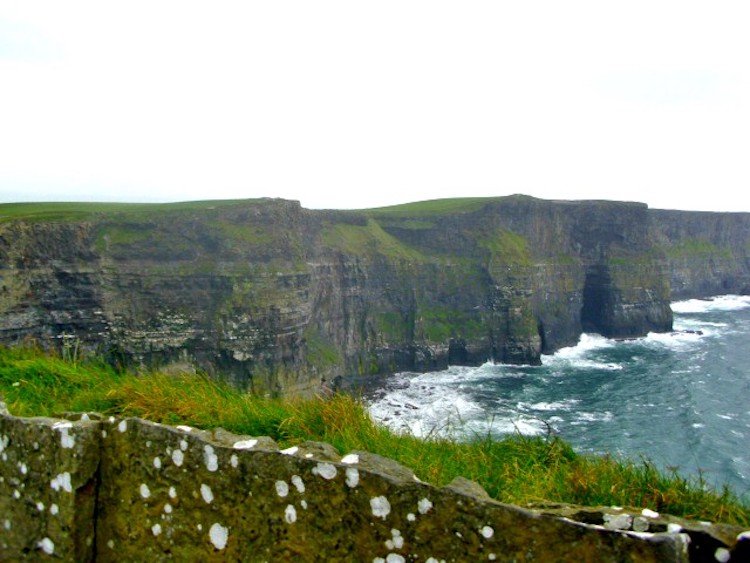 The Irish are really polite folks. They might not have the same embarrassed type of politeness that the English have, but I definitely found them to be more polite than people in other countries in Europe.

And if you’re impolite in Ireland, you can bet the Irish will notice. I encountered several situations in which a waitress or a shopkeeper was in a bad mood or left some kind of negative impression. As expected, this was commented upon with a “they were not very nice, were they?” from the Irish people I was with as soon as we left the building.

The Irish value politeness and helpfulness a lot, even in small everyday situations like bumping into each other. Most Irish will excuse themselves even if you bumped into them. 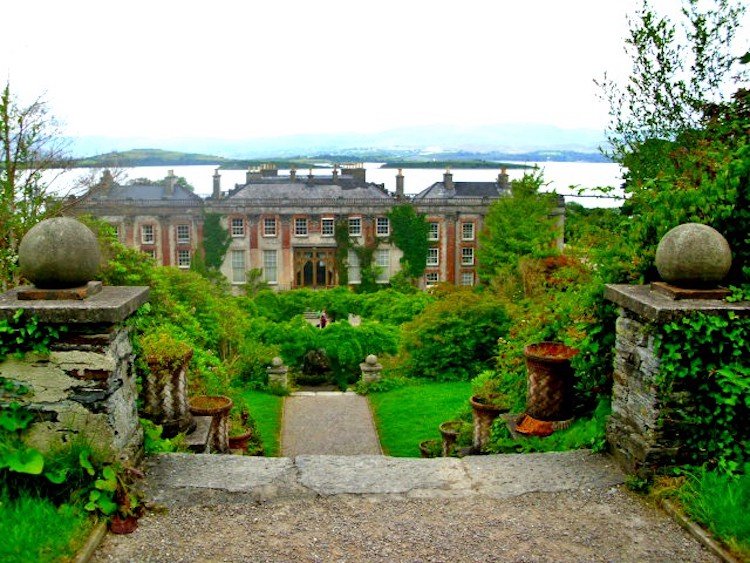 So, you’re in a typical Irish pub or trying out some of the local clubs when someone, who’s already highly intoxicated, comes up to you (especially if you are a woman) and asks if you want to shift a bit. If the man is a gentleman, perhaps he’ll offer you a drink before asking if this thought finds its way through his cloudy mind.

But be careful about saying “yes” to this…..because if someone offers you a shift or asks if you’d like to shift with them, they’re asking if you want to kiss or make out with them!

My host mum used to describe it another way which creates a perfect picture of what it is: snogging.

Surely, there are not only bad kissers in Ireland, but the request to shift is a pretty superficial thing. In other words, the quality of the actual kiss doesn’t matter. So, if you are up for some bad kissing for 5-10 minutes go for it. But otherwise, just say “no thank you” and most guys will try their luck with someone else.

The Emerald Island has a lot of funny slang words like this that you might want to learn before your trip – like mickey, for example (which means penis to the Irish – not one you’ll want get confused about!). 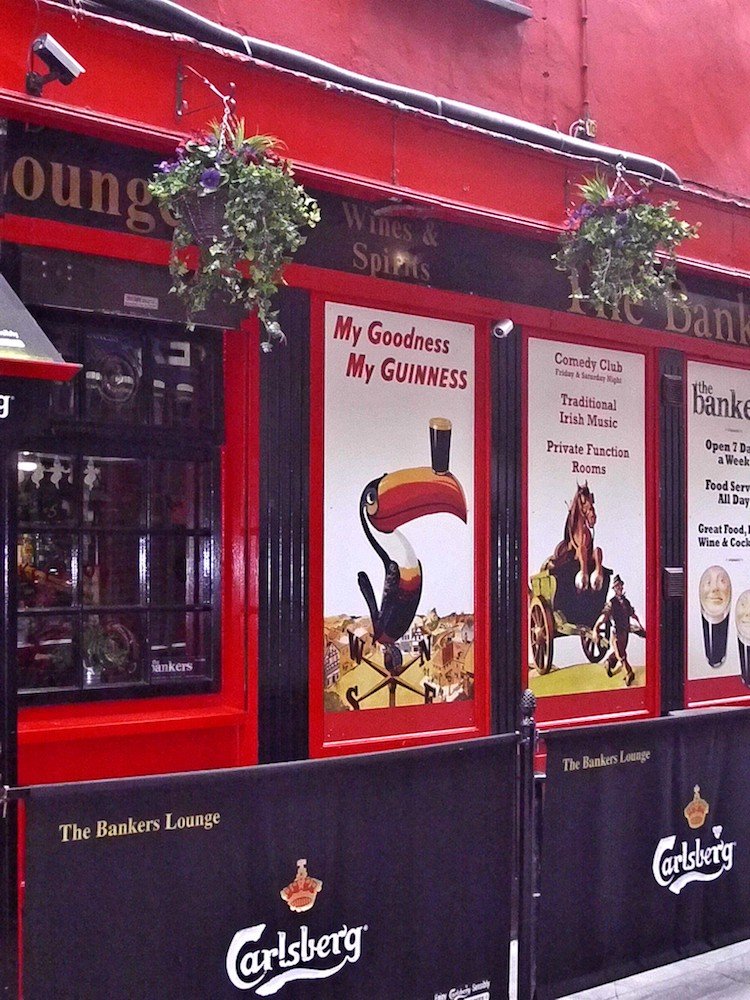 DON’T #4: Taking everything that’s said to you seriously.

Next to politeness and helpfulness, humor is also highly valued in Irish society.

Often, Irish people will do things just for the fun of it, or ‘craic,’ as they call it. So, they don’t take life so seriously. They love sarcasm and a good laugh….and who doesn’t?

Throughout my entire year in Ireland, I don’t think I had many serious conversations.

Once, I was on my way from Waterford to Kilkenny with a couple of friends. The bus we were supposed to take didn’t have any direction shown at the front, so I asked the bus driver if he was going to Kilkenny. He smiled at me and said “no,” then started laughing at the expression on my face because he was joking. In other words, don’t take everything said to you seriously unless you want to be very confused!

In general, I got the impression the Irish don’t like talking about politics, diseases, or other serious topics because, as they see it, life is serious enough.

This was something I really appreciated about the Irish culture and lifestyle: the lightness. They often say things like “you will be grand” and live by tenets of don’t worry, be happy, enjoy your life while it lasts, and have a good laugh now and then because it’s good for your health.

It’s probably thanks to this Irish mindset that makes a lot of people say that Ireland is like balm for your soul. 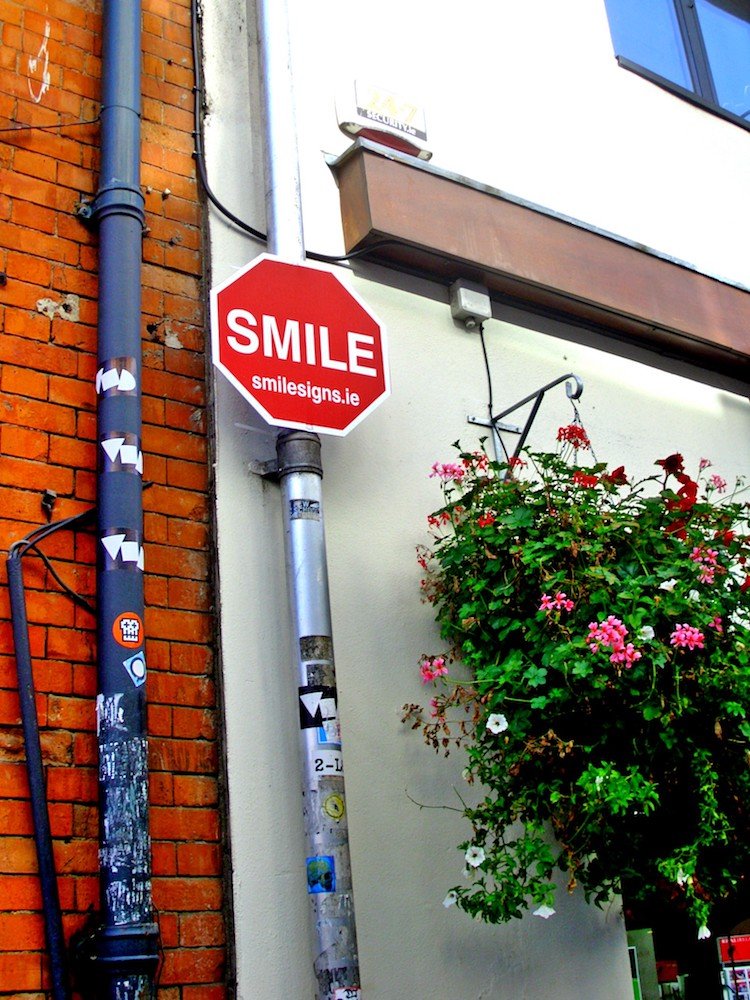 DON’T #5: Talking about serious topics or confusing Northern Ireland with the Republic of Ireland.

So, the era of the IRA (the Irish Republican Army) is one of the darkest chapters in Irish history. It’s comparable to the darkness of Hitler for the Germans, Stalin for the Russians, or Franco for the Spanish.

While the troubles have calmed down and the IRA doesn’t exist in that form anymore, it’s still an issue that’s impolite to bring up. Especially now that Brexit has caused the debates about a united Ireland to rise again.

Hopefully, the DON’Ts above will help you be prepared before your trip to Ireland. If you’ve been to Ireland yourself and have anything to add or have any questions, just leave a comment for us below! 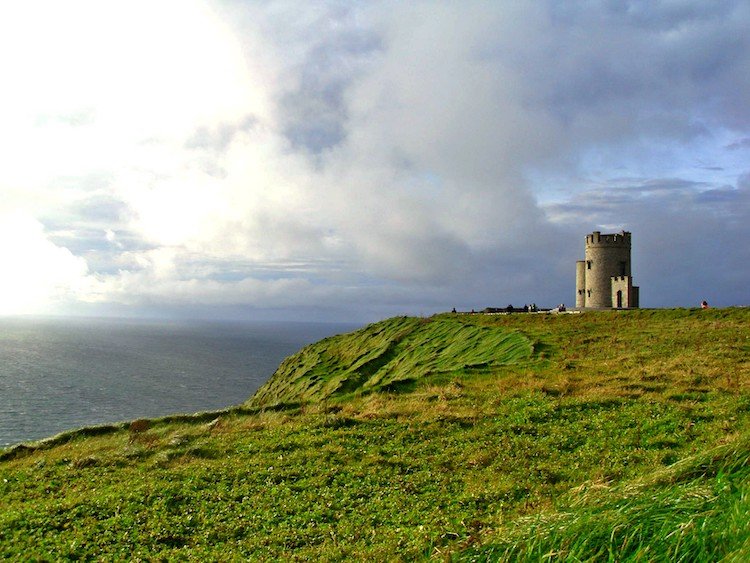 Already reserved your hotel or hostel? If not, we recommend Booking.com. They have a huge selection of hotels and hostels all over the world. Plus, in most cases, you can cancel your reservation up to a few days before the check-in date without any costs!