Space travel enthusiasts have been in frenzy in the past few months as some of the most prominent companies plan to take wealthy non-astronauts on a tour of the space. SpaceX, Blue Origin, and Virgin Galactic are expect to take the civilians away from Earth for an unforgettable adventure into space!

That really, shouldn’t come as a surprise. In the last few decades, we’ve seen much advancement in space exploration. We can now send probes and satellites into space, create artificial gravity by rotating spacecrafts, and even have a robot on Mars!

With these recent successes of the past few years, it begs the question: When will humans be able to travel to space which could be even a better destination during the times of Corona. Before getting into that, it would be best to explore a bit of history on civilian space travels. 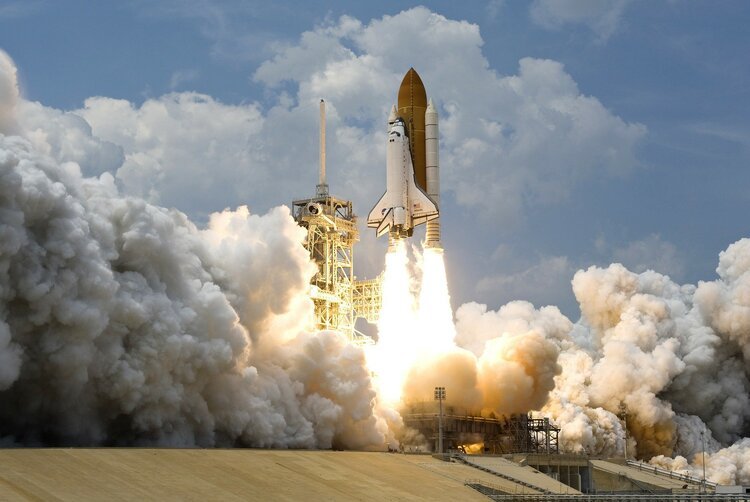 When it comes to the history of civilian space travel, we are still in its infancy. The first American civilians who went to space were John Glenn (1962) and Alan Sheppard (1961) during Project Mercury. They weren’t scientists or engineers; they were just military test subjects who piloted capsules into orbit around Earth and back.

After the Mercury project, civilian scientists and engineers were allowed to space. They spent their time learning about the effects of microgravity on the human body as well as operating experiments in orbit. These early civilians helped bring us a step closer to space tourism by helping us understand how humans react in space and how we can solve problems like zero gravity and radiation.

Interesting fact: The first non-astronaut to go into space was not an American. It was a Soviet scientist, Yuri Gagarin, who orbited around Earth in 1961. In 1962, John Glenn became the first American civilian to travel into space!

In recent years, there has been a growing amount of interest in private spaceflight. The New Space movement is the changing face of space exploration spearheaded by innovators like Elon Musk’s SpaceX and Richard Branson’s Virgin Galactic.

The California-based company SpaceX was founded in 2002 to create cheap reusable rockets that could take people to space. It also hopes to land on Mars and set up a human colony there in the future.

Richard Branson’s Virgin Galactic is another enthusiastic company that has been working tirelessly for decades to offer sub-orbital spaceflights to civilians. VIRGIN GALACTIC, The Company has been working on a spaceship called SpaceShipTwo since 2004! Already, it’s had two successful test flights, one in 2010 and another in 2013.

Space tourism is now a reality, and it’s only going to get more common as time goes on. The average person can expect to get up close and personal with space in their lifetime. But when exactly will that happen?

When Will I Be Able to Travel Into Space? (THE ANSWER)

According to estimates, it’ll take about 7-8 months just for a trip from Earth orbit to Mars orbit. This is not including time spent on each planet (which would be about a month for Mars). The trip to Mars will take a few days longer than the trip there because the Earth’s gravitational pull slows down the spaceship as it travels towards Mars, whereas gravity speeds up its return. But this still means that you’ll have to spend at least seven months in space.

Breakdown of a Typical Trip to Space Today: To get an understanding of how much time you’ll be spending on this trip, here is a breakdown: The trip from Earth to Mars will take anywhere from 250-300 days, depending on the spaceship’s speed. This means that for every hour you spend travelling at light speed, you will age two or three days.

That’s right, for you to travel one light-year (the distance light travels in a year), you’ll have to spend about ten years on your spaceship! So let’s say we had the fastest ship possible. It could reach Mars orbit in 3-5 months and be back home within another 3-5 months.

This would give us a total of 7 months in space and the remaining time on Earth preparing for launch, traveling to orbit, and landing. This also means that if you’re still studying, you may have to seek assignment help as you may not have that much time to handle the extra work.

How Much Would it Cost: Space Travel Cost Estimates

A trip to space will cost you about $10 million. The price is so steep because of the cost of launching a rocket into space. The fuel costs alone are about $1 million per launch!

Space Travel Cost Estimates Details Depending on how much you want to spend; you can choose from an economy or business class seat. An economy seat will probably run anywhere between $8 and $15 million, while a business class seat will cost you more than $35 million! Since the destination is Mars, this means that if you actually want to get there and not just orbit Earth, you’ll have around $50-100 million left over for the journey.

What about Food and Space Travel: If you’re worried about getting food during the trip, don’t be. Since you’ll be traveling in a relatively short period, food will not be an issue.

What Will I Do the Whole Space Trip?

You’ll probably spend most of your time either working or sleeping because it’s surprising how much sleep astronauts need! They need at least 8 hours of sleep a day, and so do you, so don’t worry.

And if you’re wondering how to spend the rest of your time, first of all, you’ll probably want to see Mars because it’s going to be one of the most beautiful sights! But once you get there, what will you see? You can expect to see the whole landscape of Mars.

Why are we so Excited about Space Travel, and why is it Important to us as Species?

Human beings are most likely, so excited about space travel because they’re curious creatures. We want to know what’s in the Universe, and space travel is a tool for us to do that. And you may have heard of the Drake Equation; it’s an equation that estimates how many intelligent civilizations are out there by looking at factors like star formation rate, the average lifespan of society, etc.

The reason we want to learn about other life forms is because we could use their help! Imagine if some terrible disease was threatening our species. What would be better: finding a cure ourselves or asking another civilization for help? Unfortunately, no one has ever found any evidence of aliens–so far. But who knows? They could just be hiding from us.

What Kinds of Things Could Happen if we don’t Explore Space?

In the first place, we may never have any clue about what’s out there. We could be missing out on some crucial information about how the Universe works. And second of all, if we don’t explore outer space, we could miss our chance to find a new home for human beings if Earth is completely destroyed.

Well, you have to remember that all life on Earth came from space. At the beginning of time, a giant meteor slammed into the Earth, bringing water with it. That’s why we have oceans! And if a meteor hits us again in a few hundred thousand years or so, will there be any survivors? No one knows for sure. But if we don’t start exploring outer space soon, it may already be too late for humans.

Why do some People think that going into Space is Dangerous for Humans?

If you think about it, space travel is pretty dangerous. You’re not only traveling through space, but you’re also flying into the Earth’s orbit at 17,000 miles per hour! The chances of something going wrong are really high.

But for now, there are not any other options if we want to explore outer space. It’s a risk that we have to take if we’re going to learn more about our Universe and possibly find other life forms out there (or help them!). There have been quite a few recent incidents in which objects flew way too close to the International Space Station.

Some people speculate that these were asteroids or meteorites passing by–the kind that can destroy everything on this planet! That means that we’re going to have to find a way to stop all of these “near-Earth objects,” or NEOs. And perhaps it’s time for scientists to start building spaceships so humans can travel even further out into the Universe and explore different planets. That would be pretty cool, wouldn’t it?

We’re already able to travel to space and there are currently many competing commercial spaceflight ventures such as Virgin Galactic, and the SpaceX. So we may be closer than we think! The crucial hurdle is still cost-per-seat. As more companies get into the game to compete for customers, we believe achieving a price reasonably close to that of transatlantic flights is very much possible in our lifetime.