Last Updated on May 2, 2018 by Rodrigo @ OutofYourComfortZone 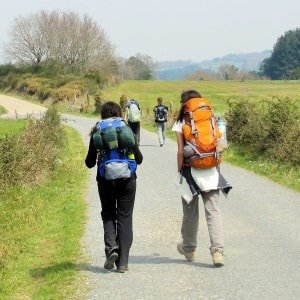 And as you can probably imagine, a lot of things happened over such a long period of time.

If you’re like me, after going on a long trip (or even a short trip), you might struggle to find ways to condense all of your experience into bite-size pieces to share with your curious friends and families. At least in my case, when I’m addressed with questions like “how was your trip?” or “what was your favorite place/experience/activity?”, I tend to be without a response.

Having struggled with this in the past, and knowing I was soon to be going on my largest and most expansive trip, I wanted to come up with some way of breaking my trip down, both as a way to share my experience with others as well as pure curiosity on my part… so I chose numbers.

Now, while using numbers can not quite express all of the sights, sounds, and experiences encompassed within a trip, they do manage to paint something of an image that will, hopefully, give people some sort of an idea of what an extended backpacking trip looks like.

So, without further ado, here is my documentation of an 8 month backpacking trip in numbers:

Although not universally recognized, for my country count I considered Palestine to be separate from Israel as well as Kosovo separate from Serbia. I do this without the intention of getting political, but simply as they are separate from a traveler’s perspective as they have borders to cross and a language, political structure, and culture that differs from their counterpart. 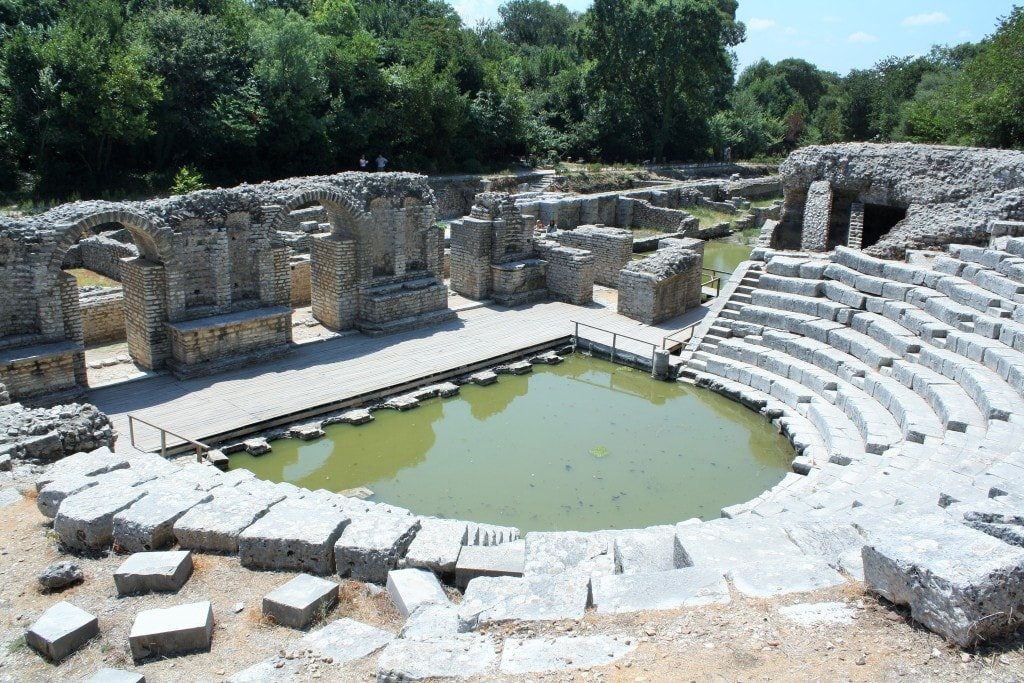 For those who are curious at how I managed to visit half a country, check out Rodrigo’s post about Transnistria, Moldova’s bizarre breakaway state leftover from the collapse of the Soviet Union.

Here was my route:

# of days with free accommodation: just over 3 months

This consisted of the following: 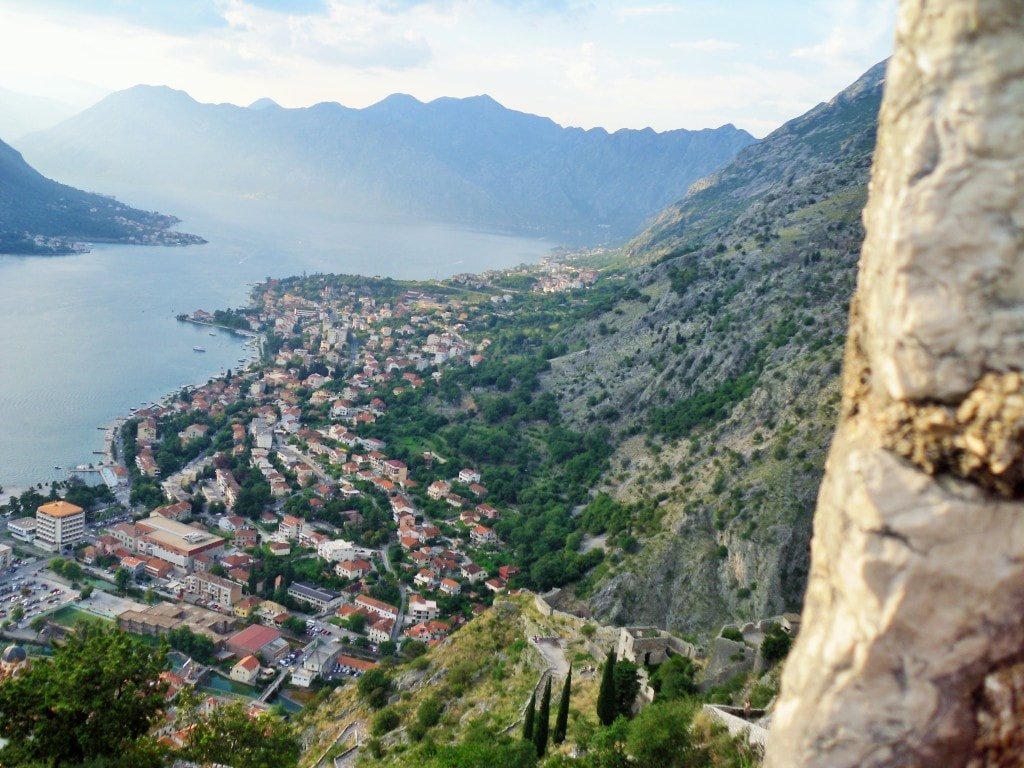 Transportation: the bane of my existence

So as to not make this number excessively high, I only counted trains between cities, not within cities.

Once again, I only counted buses between cities, not within cities.

Although I do not particularly enjoy taxis (if you’re curious why, check out Rodrigo’s post about transportation… we share the same views on this matter), there were a few instances in which there was no other choice for issues of time, safety, or simply limited options.

Strangely enough, most of the rides that I hitched were accidental.

This number was quite the shocker for me. Thankfully, I always had my kindle and a good audiobook on hand to occupy myself. 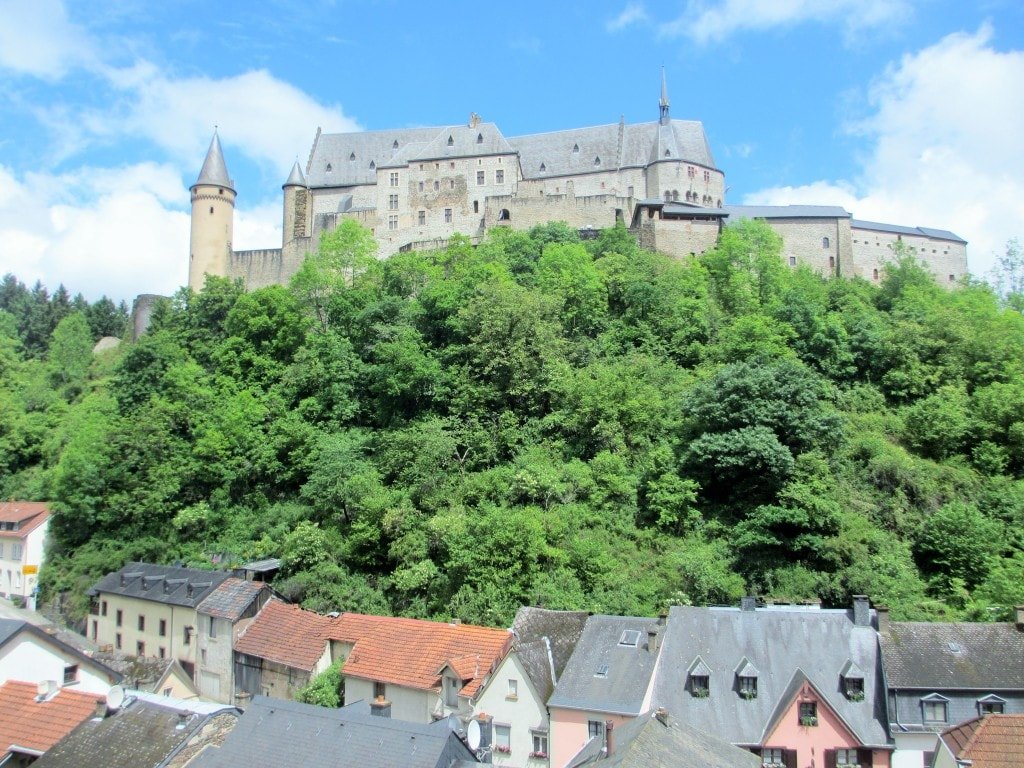 My favorites: The British Museum and The Natural History Museum in London.

# of castles, fortress, or palaces visited: 27

The most overrated: Dracula’s Castle in Bran, Romania.

My favorite: Hamlet’s Castle in Helsingør, Denmark or Peles Castle in Sinaia, Romania.

If the city I was in had one of these tours, I would do it without a doubt. If you don’t know what a free walking tour is, click here and look for the third item. 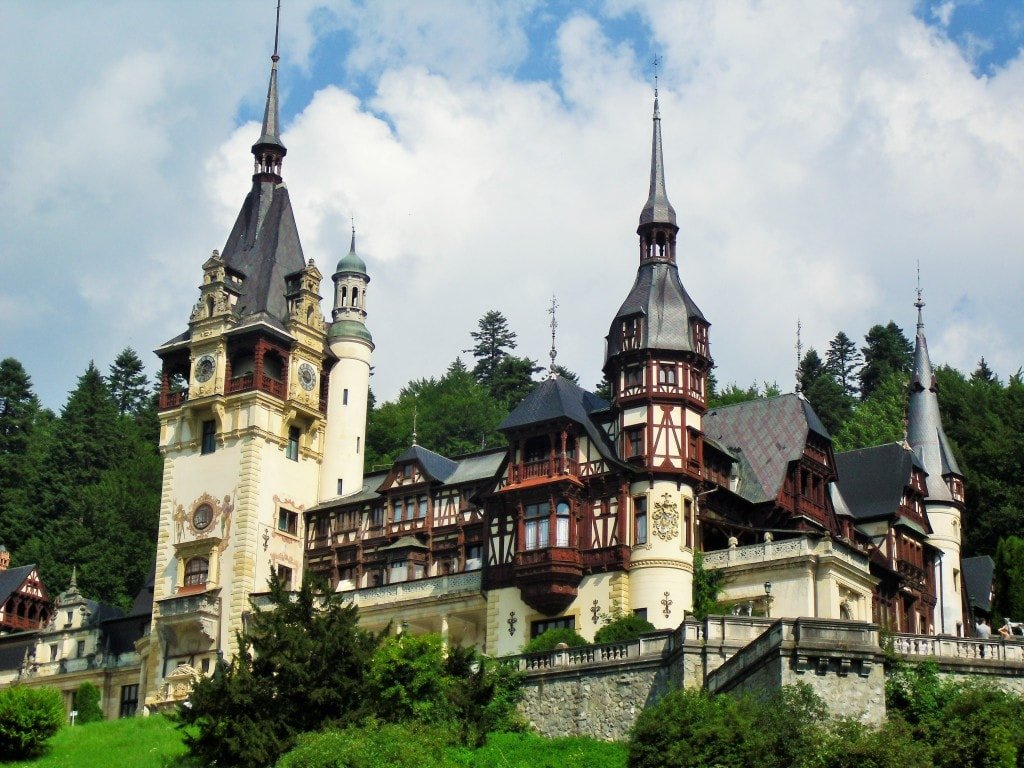 # of times I almost missed my transportation: more than I’d care to mention

I now fully appreciate the United States’ easy access to free bathrooms more than I ever thought I would.

# of times I accidentally purchased the wrong thing because of a language barrier: 5

These included some of the following: 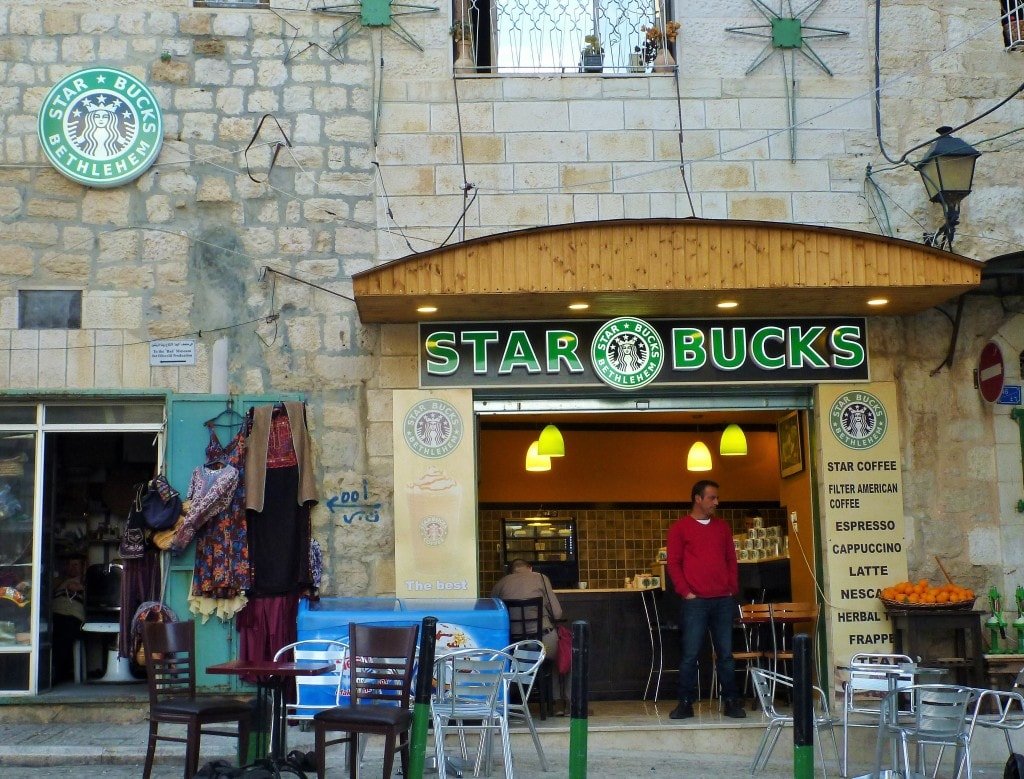 Look closely at this “Star Bucks” from Bethlehem, Palestine

# of unfortunate encounters with police: 2

These items ranged from anything from a headband to my camera and cell phone… which I managed to lose on separate occasions.

Better than expected, to be honest.

# of times I accidentally sat in 1st class on the train and got kicked out: 2

In my defense, I couldn’t read the signs.

The Balkans are not known for their reliable transportation…

Mostly when I had to deal with a long walk uphill to reach my accommodation. 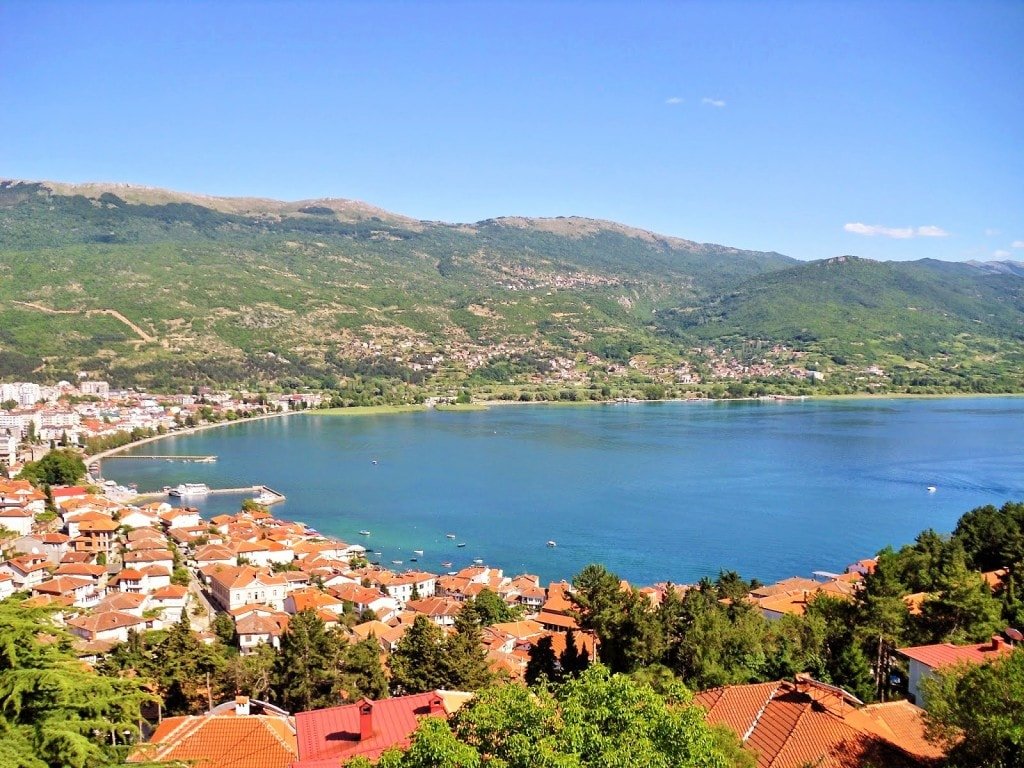 Random Stats for things normally not thought about

Perhaps I should have gotten more than this over the course of 8 months but, truthfully, I didn’t have anyone to impress. My single haircut was a pretty interesting experience, though, because despite the fact that the hairstylist didn’t speak any English, I got free coffee and a new Facebook friend out of the deal. 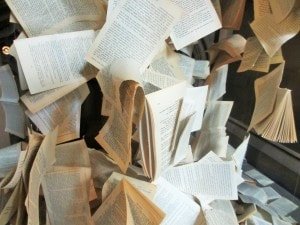 # of journals completely filled out: 3

# of people I had the “typical traveler conversation” with: 167

If you’ve done any sort of traveling or hosteling, I think you know exactly what conversation I’m talking about. It’s that series of questions that present themselves each time you meet a fellow traveler for the first time: “where are you from?”, “where are you going next?”, “where have you been already?”, etc. Often, all of this happens before either of you get around to asking the other’s name.

# of times I switched time zones: 6

Money (the real reason everyone is reading this article)

This is, arguably, the number that people were most curious about. Unfortunately, though, I didn’t keep a very good track of the exact number… I simply knew more or less how much money was in my bank account when I started as well as how much was there when I finished.

At the very least, though, this should give you a rough estimate. Since I got my flight to Europe for (almost) free thanks to these credit cards, my total was a lot lower than it might have been otherwise.

Plus, as mentioned above, I received free accommodation for around three months.If you look at my itinerary, you’ll also notice that most of trip was done by overland travel which is, naturally, much cheaper than flying. I also spent a lot of my time in Eastern Europe and the Balkans, which was definitely cheaper than Western Europe.

For those who think traveling needs to be expensive, I can guarantee you that I could have spent quite a bit less if I really wanted to. Instead, I chose to occasionally pay extra to stay in a private hostel room as well as upped my food budget to try to eat better than I had in past backpacking trips (it’s shocking how much your diet can energize or deflate you). Plus, I never once skipped out on anything that I really wanted to do during my trip. For example, I was willing to pay to see 4 shows in London (I was obsessed) as well 50 euros to go rafting in Montenegro.

With my grand total dividing out into around $1,000 per month (including everything… accommodation, food, transportation, travel insurance, etc.), traveling could, in fact, be cheaper than paying for basic living expenses back home. 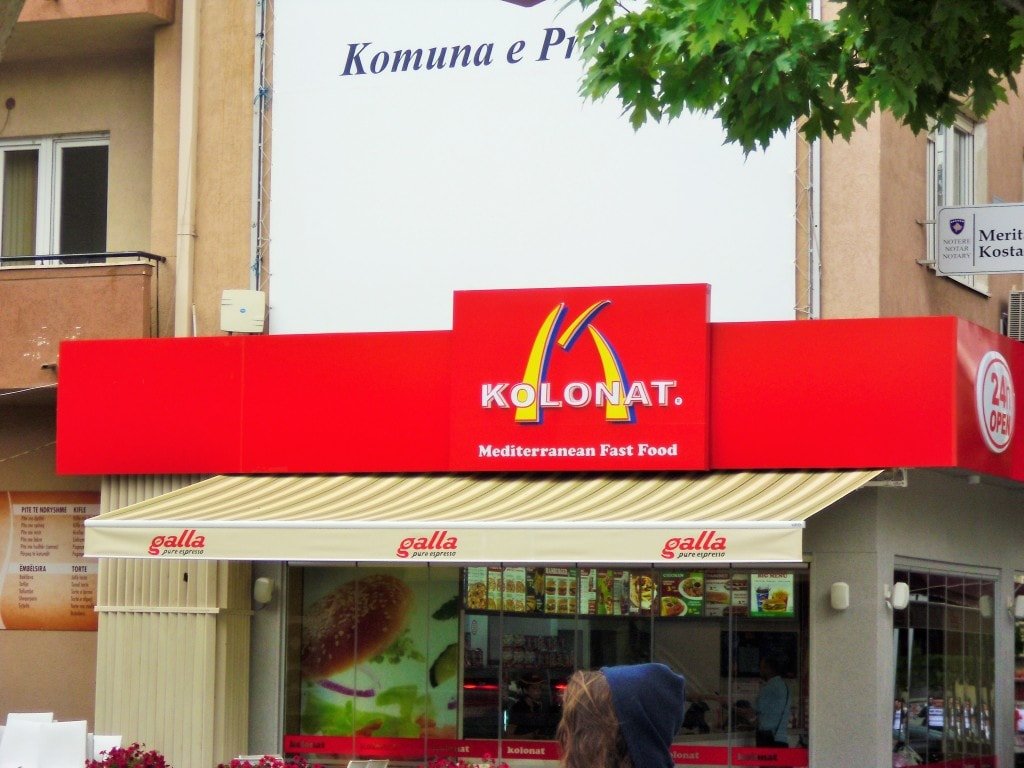 Places that I was most pleasantly surprised about: Luxembourg, Albania, Montenegro, and Macedonia

Some of my favorite experiences: 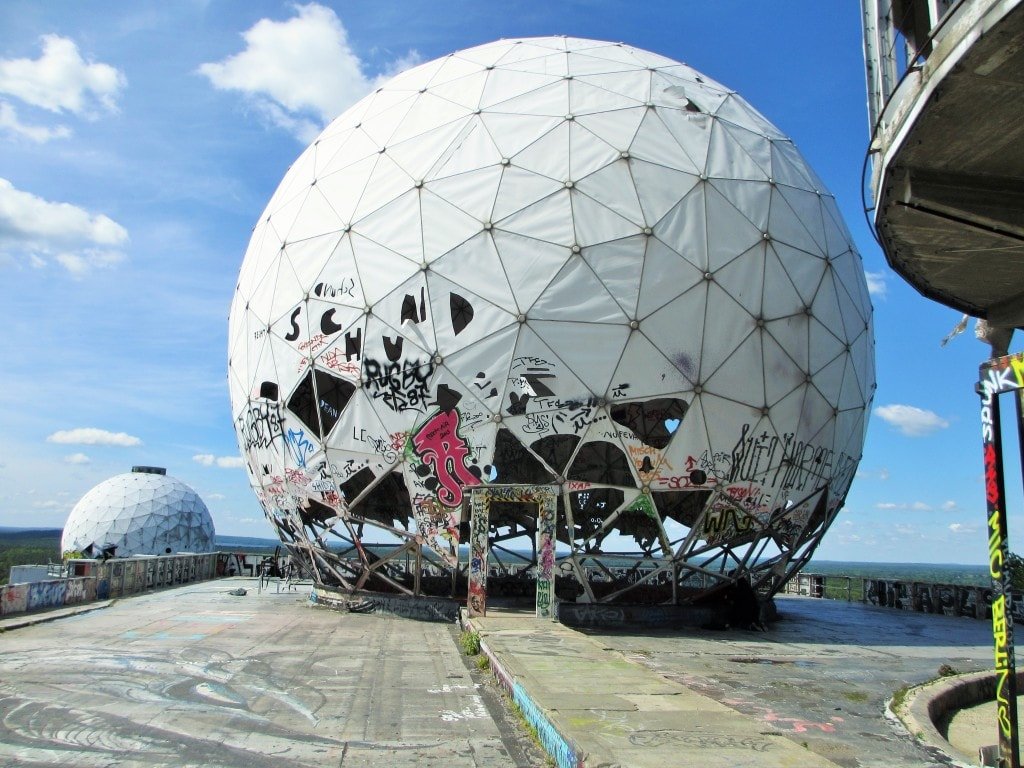 Some of my least favorite experiences:

As I mentioned above, I’m afraid extended travel (especially in developing areas) tends to have a fair bit of ups and downs.

While I did encounter some incredibly frustrating and stressful situations during my trip (like finding myself frighteningly lost or stranded in a place where no one spoke English, missing a bus, meeting someone who wanted to take advantage of me for being a confused foreigner in a new place, etc.), there was no single thing that happened that seems bad enough that I feel the need to dwell on it or even write about it here.

Now, of course, that isn’t to say that there aren’t some risks associated with travel (unfortunately, in past trips I have encountered things like theft and some, uh, “not-so-honest” police officers). However, I can confidently say that the fondness I have for those favorite experiences FAR outweighs any bitterness I might have had for those not so pleasant ones. 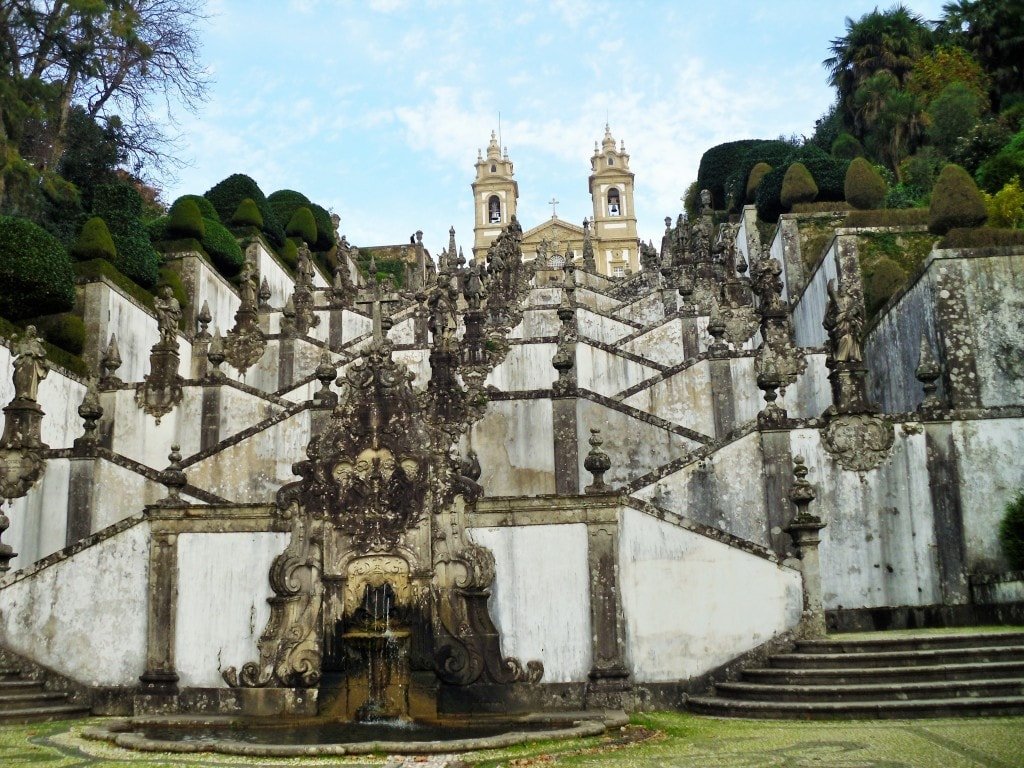 In other words, if I survived traveling by myself in areas of the world that the media would lead you to believe should be avoided at all costs because they are inhabited by dangers (murderers, terrorists, organ harvesters, people who hate Americans, gang members, crooks, mobsters, drug dealers, sex offenders, the boogeyman, aliens, war, earthquakes, tornadoes, typhoons, sharknados, Lord Voldemort, Dracula, etc…), that’s probably because the media isn’t exactly giving you the whole truth. Unfortunately, the media is concerned with things like ratings and often exaggerate negativity to get those ratings.

So, basically the point I’m trying to get across with this rant is that, for those who are afraid to do something like this, don’t be! Of course, it’s always good to be cautious but, if I can do it, there’s no reason you can’t as well. It would seem like a shame to miss out on exploring all the beauty that this planet has to offer because of fear, wouldn’t it?

Were there any numbers here that surprised or shocked you? Has anyone else out there done a similar thing to document his or her trip? If so, let us know in the comments below!

We love to hear from you, so please don’t hesitate to ask for advice (like how I handled traveling alone as a female), details (like which cities I went to in a particular country), or any other question you are burning to know!

*This article was written by the website’s contributing editor and author, Nikki Elliott. Nikki is an American who has several big backpacking trips under her belt and is currently teaching English in South Korea. If you wish to contact her about her article, please comment below.

Still, haven’t booked your plane ticket and want to save big? Take a look at Momondo. It’s a flight aggregator that combines several other ticket search websites to make it easier for you to compare prices and make sure you are getting the best deal.